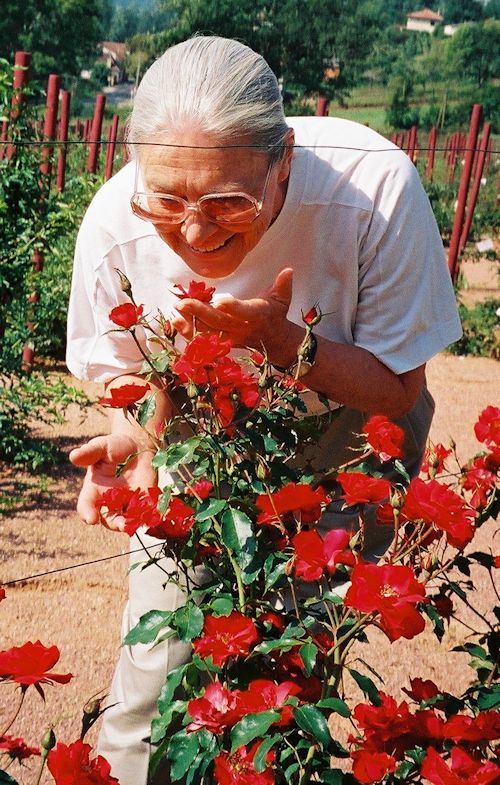 A group of Australians has made a bold assault on a chateau at Figeac about 70km from Cahors in France's southwest.

The grounds now boast a labyrinth of 100 French roses that forms a maze in the shape of three giant, intertwined Tudor roses.

Don, 72, used to own Bowthorpe Thoroughbred Farm near Launceston before he and Pixie decided the southwest of France would be ideal to live out a dream.

Pixie, who admits to be nearing 70, reasoned that to give such a bold venture any chance to succeed, it had to be somewhere where tourist numbers were substantial.

“It took me so long to get the maze design right,” Pixie said. After three months' operation, the response has been “phenomenal”.

It’s a 2km walk to complete the maze which stands out on a gently sloping hillside that fronts the D822 road. “By Spring they’ll be twice as high,” Pixie said.

When planning the venture, the Lowes also had friends looking to acquire a castle that they could turn into apartments. They did not imagine at the time they could find it all in the once pace. Then they found the chateau and are collaborating in typical Australian boldness.

“It’s such a lovely adventure to do together,” Pixie said, proudly boasting that it’s only the over-50s who are willing to take such a chance.

Within two years of incredibly hard work, there emerged from the massively overgrown hillside property, the true grandeur of the chateau and its surrounds.

Among the ticket there was another pleasant surprise; a beautiful stone bar that now serves as a restaurant and souvenir shop.

A natural spring fills a pond that, for curiosity’s sake, the Lowes decided to fill with several wonderfully colourful Japanese koi carp.

There are no plans to put an Australian look on the attraction, but the Lowes will investigate introducing some Antipodean roses at some point.